The theme for Spring 2 ~

Over this term, we will be looking at 'Growing' through, ‘Jack and the Beanstalk’, role play, music, songs and stories, PE, planting seeds to observe, and finding out what a seed needs to grow. Then in a few week's time hopefully when ‘Jack Frost’ has disappeared, we will be able to plant them out in our allotment and in the nursery garden. 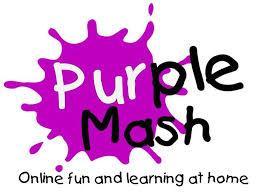 Homework challenge~ Can you complete the 2do's on

Can you draw a typical spring scene? Don't forget to include blossoming flowers?

Jack and the Beanstalk - The Children's Story

Jack and the Beanstalk - Debbie and Friends

"Fee, Fi, Fo, Fum," a fun classic tale set to music by Debbie and Friends. Have fun singing and dancing along.

Jaime tells the magical story of Jack And The Beanstalk through yoga poses! 🌱

The Tiny Seed by Eric Carle || An INSPIRING Adventure! [CC]

A beautiful tale of adventure and inspiration. Watch and listen as The Tiny Seed travels through the seasons on an adventure of a lifetime!

Let's read along together and find out what happens to Oliver when he visits his grandfathers vegetable garden! This story teaches us all about health foods.

Makaton signing: A lovely song taken from our DVD "It's Signing Time 2". All the rhymes on this DVD feature Makaton signs and symbols and are a fun way to learn sign language.

How to wash your hands NHS song | NHS

A child friendly song explaining how to wash your hands.

Help children develop an “ear” for rhyme and alliteration (1) model how rhyming words sound the same at the end; (2) by encouraging children to listen for the initial sounds in words; and (3) by reading aloud and reciting to children and having the children themselves recite and sing nursery rhymes and poems. Choose nursery rhymes and poems that are rich in rhyme and alliteration. “Hey Diddle, Diddle,” “Little Boy Blue,” and “Mary, Mary” are just three of the many nursery rhymes that will help do the job. “Hey Diddle, Diddle,” for example, contains these rhyme pairs: diddle/fiddle; moon/spoon; and alliteration in the repetition of the initial consonant d in the opening phrase: “Hey diddle, diddle.” It’s easy peasy as one, two, three so why not have a go.

Other ways of making it fun a home.

· Make rhyming word games with pictures cut from catalogues and magazines, for example, ‘boat’ and ‘coat’. Mount them on to card and take turns to find a match. Or makeup rhyming words from the

· Borrow a selection of nonsense poems from a library. Choose poems to read together, exaggerating rhymes and nonsense words.

· Collect small boxes and glue a plastic letter to the front of each one. Find objects starting with the letters to put in each box.

Mrs Holloway is making silly soup. Can you help her to add in pairs of objects that rhyme?

It's a phonics song with a picture for each letter. This is designed to help children learn the sounds of the letters in the English alphabet.

How to learn the letters and sounds of the Alphabet 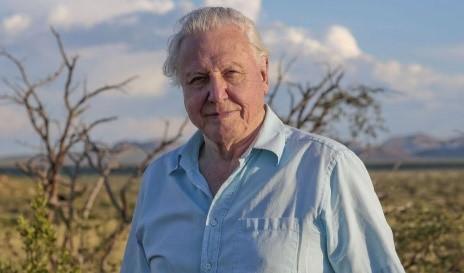 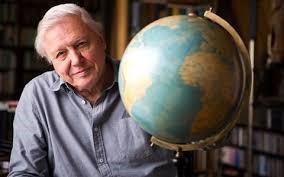 He is 94 years of age and grew up in Leicester, England.

David Attenborough is well known for his award-winning television programs on anthropology and natural history, most notably the Life series: Life on Earth (1979), The Living Planet (1984)

He was knighted 'Sir David Attenborough' in 1985.

2015 - saving the world - Sir David said he didn't start making programs with conservation in mind - he simply enjoyed observing the natural world. But as time passed he is tackling more environmental issues.

Sir David Attenborough became aware that the animals and habitats he was filming were under threat. He's authored documentaries that overtly tackle environmental issues but prefers a subtler approach, showcasing the natural world in the hope we might be inspired to preserve it.

Over the next year, we will be learning about our environmental footprint by saving water, recycling, protecting animal habits, and healthy eating.

We sponsor a child called Agnita to attend Bishop Chitemo Primary School in Morogoro, Tanzania. To gain an understanding of where she lives click on the pdf below and make a paper Maasai Necklace.

We consider ourselves partners in your child's learning.

At Harvington C.E. First school we have an open door policy which means we are always ready to help and discuss anything concerning your child's welfare and education.